Andy Warhol always knew he would become more famous after his death, according to one of only two Australians invited to pose for a portrait of the influential artist.

“He had great self-confidence; he knew his art was good,” says Henry Gillespie, who befriended Warhol after meeting him in New York in 1979 and was Australian editor of his magazine, Interviewfrom 1985-89.

Gillespie – in Adelaide this week for the Art Gallery of South Australia’s announcement of a new exhibition in 2023 around Warhol’s photography – further illustrates the artist’s prophetic precision by recounting a conversation they had when he was invited to view the many Polaroids of him taken by Warhol, who suggested that the resulting portrait would one day become part of a gallery collection.

“It was a little overwhelming because it was like seeing your face on a billboard – it takes your breath away. I looked and I looked and I was speechless; I didn’t know what say. And then he said, ‘Do you like them?’. And I said, ‘Andy, they’re wonderful, they’re just wonderful.’

“Then he said, ‘What do you think about the prospect of being institutionalized?’ I wasn’t quite sure what he meant for a second – but the time has come, I’ve been institutionalized. It’s very nice to be institutionalized… he could see into the future; he had such faith in his art and where everything was destined.

Warhol’s portrait of Gillespie will be displayed alongside those of celebrities such as Liza Minelli, Elizabeth Taylor, Debbie Harry, John Lennon and Lou Reed in the AGSA exhibition Andy Warhol & photography: social mediathe centerpiece of the Adelaide Festival 2023 visual arts programme.

The exhibition promises to shed new light on Warhol through more than 250 works including photographs, serigraphs, experimental films and paintings. The objects come from national and international collections, as well as AGSA’s own collection of 45 Warhol photographs, and include 1960s pop art portraits of Marilyn Monroe and Elvis Presley.

A social media Curator Julie Robinson, Senior Curator of Prints, Drawings and Photographs at the AGSA, says that photography underpinned Warhol’s entire artistic practice: “He took some 60,000 photographs in his lifetime. His candid images, which capture his own life as well as the lives of his famous friends, offer audiences an eye-opening glimpse into Warhol the person, taking viewers under the veneer of his paintings and pop figures.

For New South Wales-based Gillespie, being in Adelaide and seeing the exhibition plans evokes mixed emotions. Although he is delighted to see Warhol celebrated in this way, he also feels sadness that his friend died aged just 58 before he managed to visit Australia.

Sitting in a room at the AGSA surrounded by photos of Warhol and copies of Interview Magazine carrying portraits of stars including Madonna, Tom Cruise and Aretha Franklin, he explains having met the artist for the first time during the opening night of an exhibition of his work at the Whitney Museum of American Art in New York. The lawyer and art enthusiast was introduced to the artist by his friend Tom Armstrong, the director of the museum.

“I have always admired Warhol; I had always thought he was a very important artist. Tom introduced me and said, ‘This is Henry Gillespie from Australia.’ And he said, “Oh, Australia… doesn’t it take 30 days to fly there? laughs Gillespie. 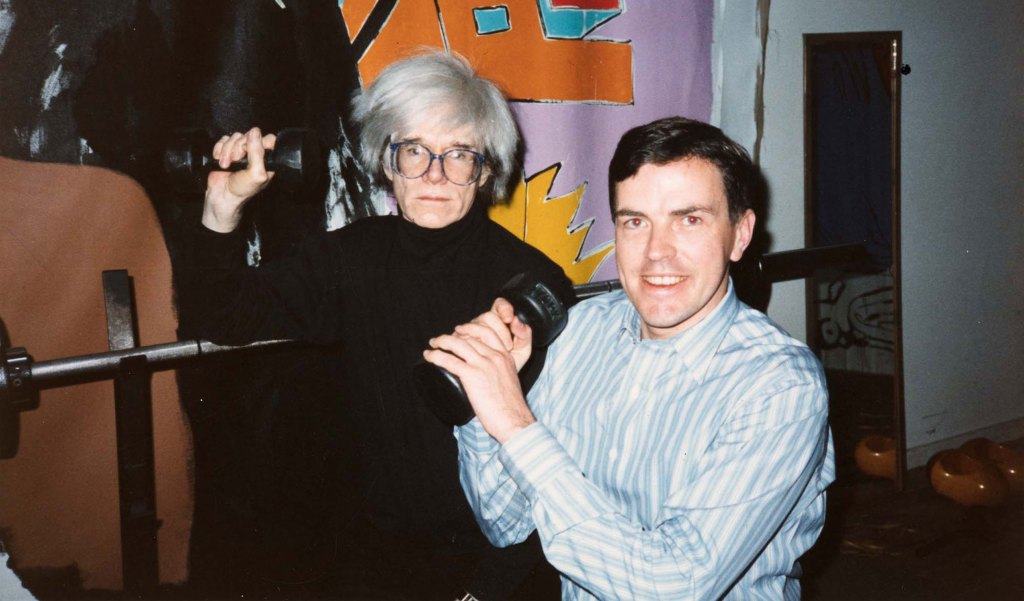 Warhol invited Gillespie to visit him at his New York studio The Factory and the two became friends, with Warhol appointing him Australian editor of Interview. They were planning for Warhol to come to Australia in 1988, but he died in early 1987 after gallbladder surgery.

Gillespie says that Warhol used photography as a “memory aid” in his art; he always carried a Polaroid camera and took it out to capture people or occasions. In preparation for a portrait, he would shoot a roll of film and select the perfect shot for a screen print.

The photoshoot for Gillespie’s own portrait only lasted about 15 minutes. Gillespie said Warhol knew exactly what he wanted and was a consummate professional, but still managed to make his model feel like a million bucks.

The only other Australian subject for a portrait of Warhol was the late philanthropist Loti Smorgon, who posed for him in New York in 1981. 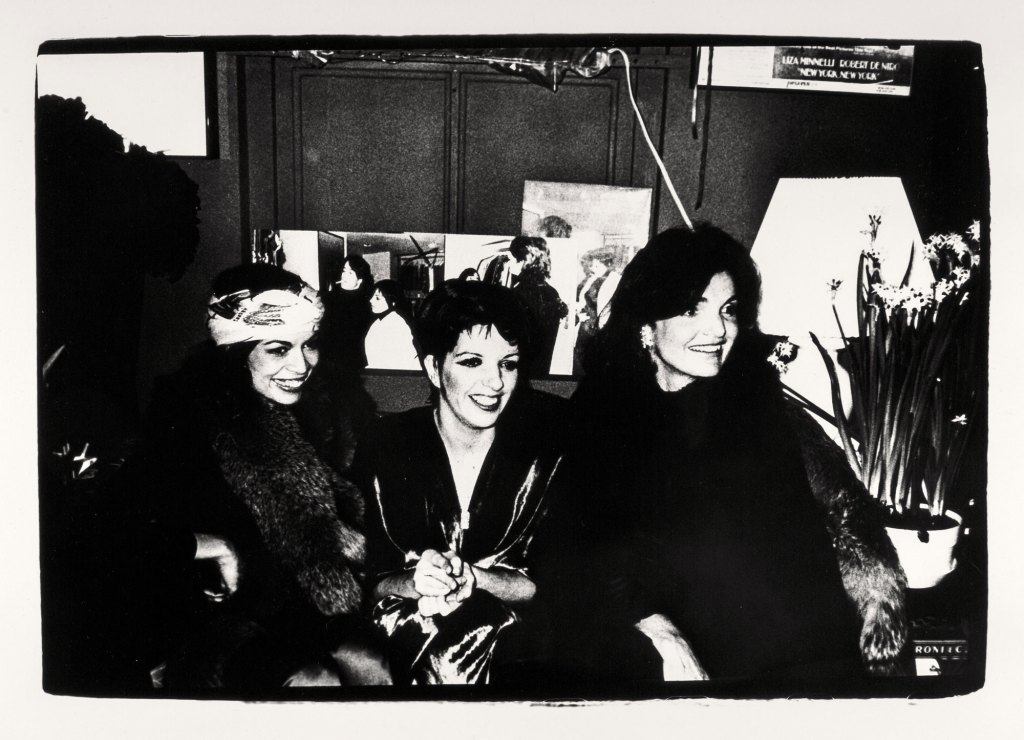 During his career, Warhol was criticized by some for his use of the Polaroid camera in his artistic practice. He was also fired for being too commercial, but as Gillespie points out, that was his modus operandi.

“He adopted it as his own and it was a very clever technique. He was truly the original influencer…his whole life was all about influence. It was a whole process of improving his career and his career was kind of tied to stardom, and the more he went out, it worked for him, because he got exposure and it encouraged commissions and he had ideas.

“He loved getting ideas from people…Early in his career, he was at a dinner party and he said to the lady sitting next to him, ‘What do you think I should paint?’…She said, ‘Well, what do you like?’ He said, ‘The money.’ And she said, ‘Well, paint some money.’ So he painted the one dollar bill series, which was very successful. 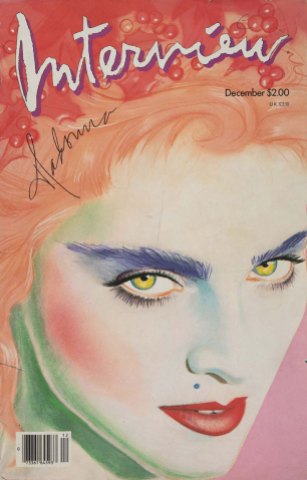 Although Warhol was considered eccentric during his lifetime, Gillespie says that behind the public persona he was “like an ordinary person”. He was smart, loved to talk about politics and current affairs, and – having grown up in a poor immigrant family – had an almost voyeuristic fascination with the lives of the glamorous and rich.

Rhana Devenport, director of the Art Gallery of South Australia, describes Andy Warhol & photography: social media as an exhibition for our time, saying it testifies to Warhol’s “enduring relevance as an artist and cultural figure in an era defined by social media”.

Gillespie agrees the artist remains relevant, suggesting this is partly a result of the clever way he used photography and ideas to influence so many people.

“He made people look at things and see things they hadn’t thought of; it was part of his power. We all walk the aisles of the supermarket and we see all the things, but have you ever stopped to think of them as art? »

In his time, says Gillespie, Warhol was almost as recognizable as the Statue of Liberty: “He was the symbol of New York and, in a larger sense, of America. But it was all about Manhattan. He loved Manhattan because in Manhattan you can be anything you want to be.

Andy Warhol & Photography: A Social Media will be presented at the Art Gallery of South Australia from March 3 to May 14, 2023, as part of the Adelaide Festival 2023 programme.

Your support will help us continue the important work of InReview in publishing free professional journalism that celebrates, questions and amplifies the arts and culture in South Australia.